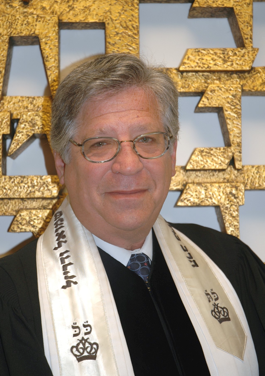 Rabbi Bradley N. Bleefeld has been the rabbi of Beth Hillel∙Beth Abraham since 2001. He graduated from the University of Cincinnati with a B.A. in philosophy and has both a Master of Arts in Hebrew Letters and a Doctor of Divinity from the Hebrew Union College-Jewish Institute of Religion, having been ordained there in 1975. Before coming to BH∙BA he served as the Senior Rabbi at both Reform Congregation Keneseth Israel in Elkins Park and Temple Israel in Columbus, Ohio and the rabbi of Temple Anshe Hesed in Erie, Pennsylvania. In 2000 he received a gubernatorial appointment and served Pennsylvania under three administrations as The Governor’s Advisor on Academic and Economic Development. His service on national and regional boards has included the Rabbinic Cabinet of Israel Bonds, the Jewish National Fund, the Association of Reform Zionists of America, the World Union for Progressive Judaism and the Institutional Review Board of Abington Memorial Hospital.

As a scholar and author in Talmud and Bio Medical Ethics and Strategic Applications, he has been invited to speak in the United States, Europe, Israel, the Middle East, Australia and the Pacific Rim and spent 7 months as the Scholar in Residence for our sister congregation, Temple David and the Jewish Community of Perth, Australia. Rabbi Bleefeld and Merrie, who reside in Dresher, Pennsylvania, have been married since 1970 and are the parents of Marshall and Amy, Herschel and Wendi, Rachel and Andy, and the grandparents of Benjamin and Max. 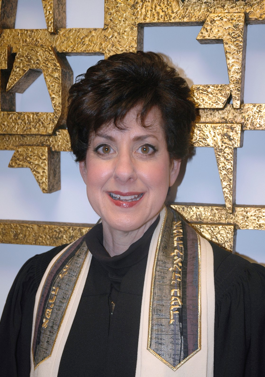 Cantor Marlena Taenzer has served Temple Beth Hillel∙Beth Abraham as our beloved cantor for over 25 years. Her preparation for cantoral service was under the personal tutelage of the renowned Philadelphia cantor and composer, Cantor Max Wohlberg, professor and noted scholar of Nusach and Chazzanut at the Jewish Theological Seminary. She is responsible for and participates in all the musical aspects of our worship and celebrations, including Shabbat, High Holidays and festival services. Cantor Taenzer is the coordinator of our B’nai Mitzvah program and works personally with each student and their family. She is the director of our youth choir and the creator of what is now our annual tradition of hosting the Shabbat Shirah Concert, a showcase of talent by our congregation’s children.

Cantor Marlena, as she is affectionately called, is the musical representative of our congregation to the local and regional community at large and has performed in many different venues. She was honored to perform in Russia and be invited to Austria for a unique community reunion sponsored by the Jewish Museum in Hohenems. She has a special love for Klezmer music and has performed with the Bobby Block Klezmer Orchestra on numerous occasions. She and her husband, Uri reside in Willingboro, New Jersey.